A conversation between a Greek king and a Buddhist monk

The Milindapanho, a text handed down in Pali, is one of the classic works of Buddhist literature. It is a collection of conversations between the Greek-Indian king Milinda (Pali for Greek Menander) and a Buddhist monk.

The scripture is dated before the beginning of the Christian era, probably in Sanskrit, but the original text has been lost. The Pali text was put in writing in Sri Lanka in a probably considerably expanded version. A translation into Chinese is much shorter which might point to the fact that the original Sanskrit work consisted of only the first three chapters. These three chapters form one whole and are presented here for the first time in a Dutch translation. The translation is preceded by a historical-philosophical introduction and followed by notes.

Like no other text in Buddhist literature, ‘Milinda’s Questions’ combines the qualities of a profound philosophical dialogue, a historical narrative and practical religious and psychological guidance for everyday life. The work was published at the time by Asoka Publishers. 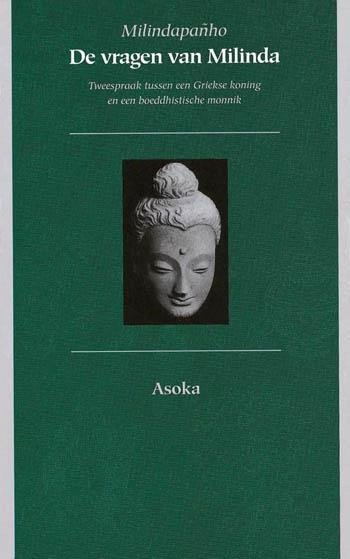